I wanted to explore Berlin as long as I know Anastasia. Which is, let me think…, for almost ten years. To breathe its liberal air, wander its rough historic streets and go to all the posh restaurants, bars and clubs she was describing when calling me to Helsinki. More than ten years and around the same number of countries ago for both of us. Back in the days Skype did not exist and to call abroad you had to dial a 10+ digit number, and then the number you were calling to. Remember?! Let me rewind. I wanted to explore Berlin with Anastasia. Because no one knows this city like she does. 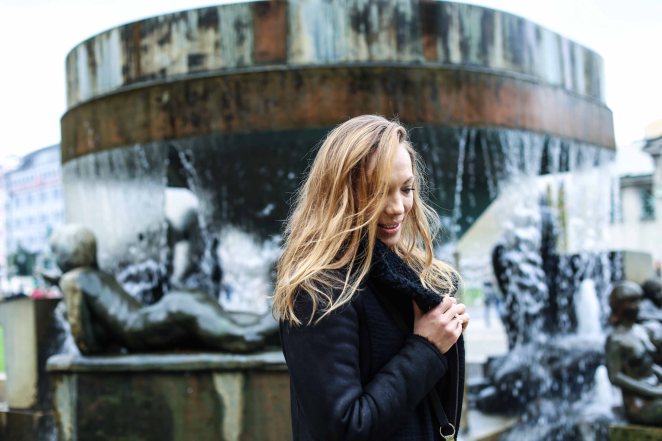 Technically speaking, I have been to Berlin before, once, on my way from Paris to Munich to pick up my parked in a warehouse stuff by a small handsome truck and bring it to Paris, where now the stuff and myself belonged. I remember staying at Hyatt, getting a call confirming my new job and being super happy about it. And going out for dinner, at Hyatt’s restaurant. I also remember Potsdammer Platz nearby. But I don’t remember Berlin. I did not know it back then.

This time, I feel like I got to know it. We walked it all, former Eastern and Western part, muffling ourselves up in (already) winter clothes, remembering the past and juggling the ideas about the future. Anastasia was showing me places where she lived, had her first internship, first kissed her then boyfriend to-be. And also a memorable spot where she used to come once a week, across the entire city, to treat herself to an ice cream. We were watching the sky through the Japanese architecture of Postdammer Platz, listening to the song she usually listens to when she is there and testing the theory of positive energy, channeled in this place in an almost scientific way. It was the best weekend we spent together in years, and the one we spent alone, just the two of us. And, of course, we checked all the must-dos of shops, restaurant and bars (at this stage of our lives, none really considered clubs). None of us wanted to be 20 again. “I don’t want to have the brain I had in my 20s anymore. No”, my bestie summed it up.  That’s my measure of happiness, by the way: being happy with your age. It means that years before have been well lived. Oh yes.

The Berlin Wall: the memories, the remains and some chewing gum in between

The fountains in front of KaDeWe: so much for being shy

Same KaDeWe fountains, this time with a cute twist

Restaurant close to Potsdammer Platz through the window

One of cute huge Berlin symbols

To friendship, love and wanderlust! 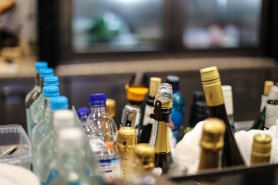 To friendship and wanderlust 🙂

Monument to mothers who lost their sons 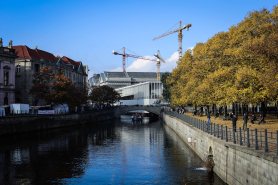 Berlin weather, celebrating with us! 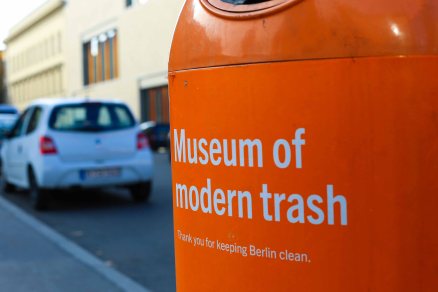 A fountain close to the Brandenburg Gates

Ok, this was the French bike, as the name on the used Starbucks mug revealed 😀

Can’t get enough of the Gate

Berlin was everything I imagined it to be. The wall, Check Point Charlie, monuments to mothers who lost their sons, entirely new city parts, which could as well be Munich. The bears, the symbol of the city, on every corner and as funky (and cute) looking as the mind wanders. And gorgeous, magnificent old city center, what remained untouched after the WW2. For some reason, I felt the heritage of the war much less than I did in Bavaria. Berlin felt much more global, more cosmopolitan, with shops and coffee chains you can find in any other capital anywhere else in the world. And very airy, with broad straight streets, almost like the prospects in St Petersburg. So in a way, it felt like home.

Sometimes the liberal spirit of the city kicked in. I was absolutely delighted by the orange trash bins, “Museum of modern trash”. And, well, puzzled by the fountain composition in front of KaDeWe, where the sculptures (with the exception of maybe the kids’ couple) looked like they were experiencing all the kinds of pleasures forbidden in the civilized world. At the very least, in their minds.

However, Berlin turned out to be not just the liberal kitsch place. Some areas of the city are very, very posh, with bars and restaurants that easily fit Paris or New York. Full with residents dressed at par with the place. (And then this posh crowd starts smoking inside and after dinner flocks to some hidden apartment bars, totally breaking the Paris feeling.) And underlying all this (literally) there is an invisible, perfectly working, modern transport system, which allows you to completely forget about taxis in day time. German quality.

In case: someone has asked me, and I am not being paid by the Starwood (SPG) for advertising their brands. I just love their hotels, their loyalty programs and the customer service that comes with it. But please feel free to tell SPG that I am open for suggestions. 😀

That was my Berlin. Correction, our Berlin. We were planning this weekend forever and yet for different reasons always postponed. Carve out a 1:1 time with your friends, stay connected through the years.

It is so much worth it.